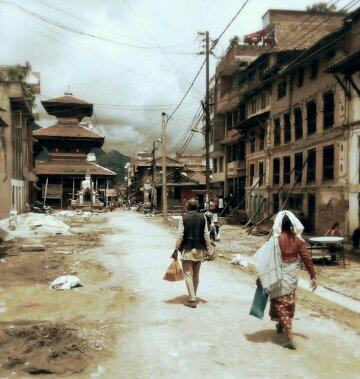 Nepal, the country of thousands of temples.

Nepal is such a country where you will find a Buddhist or Hindu temple every few kilometers. Though the majority is Hindus there is a mixed culture of both Hinduism and Buddhism where people of all religions like Hindus, Buddhist, Christian and Islam are living in harmony for centuries. You can interpret Nepal as ‘ Nepal ending peace and love ‘.

Nepal can be mainly divided into three regions Himalayan 19%, Mountain 64% and Terai or plain land 17%. Majority of people in Nepal are very poor but still wear smiles in their faces at all times which is a unique characteristic of Nepalese people. A very small country which stretches only 880 km from east to west between two huge countries China and India has never been colonized.

Message Us on WhatsApp